An all new Magical Brawl

Chat in our Discord
enter the community
play.smashwizards.net
join … players

You have seen from the title and image attached to this thread what this text will be about. I want to start off by splitting it up in separate parts.

► What has been happening over the past week?

Over the past week you may have noticed a lot of changes within Smash Wizards. Last Friday, May 14th, a majority of the administrators decided to take a step back from the project to work on other Exodius Studios projects. Due to this, myself and @Sparky were put in charge of handling all day-to-day operations with the network. However, this also meant that we took on all of the other administrators roles. This caused, at least for me, a lot of immense stress.
​
► Why have you decided to suspend operations?

Aside from the stress of having all administrative roles on my shoulders, another reason behind my decision to suspend the network is the marketing. Although we have attempted for countless amounts of time to make marketing work, it always ends up the same way. In most cases, people do not want to branch outside of their comfort zone, which makes it extremely hard for us to gain creators. (In some cases we've messaged 100 or more creators and only received a response from around 5. Contacting this many creators took a lot of time and proved to be very ineffective towards the end) Even though we could have maybe made something work, it is not worth it in my eyes and the eyes of the other administrators. Unless we see potential and demand in the server, we will likely not continue with Season 2.
​
► Will Smash Wizards ever return?

Not unless we see enough potential in launching a second season. No one knows what the future will...​

We all know that there is nothing better than watching a smashing clip of Smash Wizards gameplay. With this in mind, we think a gameplay clip competition would be a great and entertaining way to incentivize recording such gameplay and boost community engagement!

➤ What is it?
Starting this Wednesday, April 14th @ 12:00 AM EST, submissions for your Smash Wizards gameplay clips will be open here on the forums. Submissions will close Wednesday, April 28th @ 12:00 AM EST, approximately two weeks after the start. Following the deadline, a selected panel of judges will review all submitted clips. They will then produce a list of their top three favorite.

➤ What do I win?
The prizes for the top three placings are as follows:
The winning clip will also be featured on our TikTok page!

No participant will be eligible to place more than once.

Following the success of our Season 1 update, we have just released a new major content update aiming to expand upon our previous work. This update aims to implement highly requested features you have suggested in our forums, as well as major new gameplay additions to Smash Wizards.

► Captures Game Mode
By far the largest new addition to Smash Wizards in this update, a brand new Captures game mode!
This game mode contains a mix of fun, exciting, and cooperative team-based capture gamemodes where two teams go head to head to complete the objective first.
► Player Servers
A long awaited feature, Player Servers allow Mystic members to host public servers of any gamemode they like, including our brand new Arcade game mode. Player servers give full control to the host and allow full map selection, game starting and stopping, and introduces many fun modifiers to play with!

The release of the mid-season update is nearing closer, and we have decided to give all premium players access to it early! You may be wondering how this will work, and this forum post should explain it! However, if you feel lost or have questions, feel free to message me on Discord or on the forums.

Thank you for your interest in Smash Wizards, and have an amazing rest of your day!
Read More

Today I would like to announce the first official Smash Wizards Tournament. This casual tournament is open for anyone to participate and will take place in the Casual Scrimmage game mode. We aim to have a maximum of 16 player slots, though the bracket setup can change depending on how many attend.

When is it?
The tournament will take place in approximately one week from today (Saturday, March 13th at 3:00PM EST).

How can I play?
Sign up using the poll attached to this post. The poll will close the night prior to the event. Please sign up as soon as possible if you would like to play so that we can have an idea of how many people will be participating. Even if the maximum of 16 has signed up, feel free to sign up anyway, as you may be picked if a player fails to show. Please only sign up if you are confident that you will most likely make it to the event. Anyone who fails to show 30 minutes prior to the event will be removed from the bracket.

What's in it for me?
The winner of this tournament will receive 1x Mage Rank. If the winner already has a rank, they will receive the rank next in the hierarchy. Also, all participants are guaranteed a fun enjoyable time

Bracket Layout
Assuming all slots are filled, the tournament will start with four games of four players. The top two players from each game will progress to the next game. This process will repeat until there is a final game of two players. These players will compete in a duel, meaning the players will have to win two of the three given rounds in order to win. This may always change depending on the amount of initial participants.

It has been nearly two weeks since we released Season 1: Fire & Ice, so today I would like to share our roadmap and our plans for the mid-season update, scheduled to release April 3rd 2021.

Team-based gamemodes
One of the most anticipated features amongst our development team is team-based gamemodes. We are planning on introducing an array of exciting team based twists on the regular FFA gamemode, adding cooperation and team play into the mix.

Team based gamemodes will see two teams fight head to head over multiple objectives. While we aren't quite ready to tease the specifics of these gamemodes, here are some more points of interest

Public & private player servers
A new perk exclusive to Mystic and Infernal players allowing you to start your own Scrimmage, Team game, or Arcade game. The best part about this is that you'll get full control over the game, including player limit, game modifiers, map selection, and more!

Mystic players will be limited to hosting public games, which are open to anyone to join. Infernal members will be able to lock down their games to select players, or open it up to league members, party members, or friends. In conclusion, player servers will allow you to fully customize Smash Wizards to your liking and offer a powerful way to run your own events and tournaments.

After two months of hard work we are finally ready to release Season 1: Fire & Ice! With this update we are introducing many new features and mechanics. You can view a list of the changes below.

► Ranked FFA
Introducing Ranked FFA! Our latest gamemode where you queue up against three other players and brawl out in a high intensive match without energy bottles. In ranked you gain and lose score based on your performance, allowing you to queue up with opponents near your skill level.
► Leagues
Leagues are an exciting new way to play together with friends and allies. Create a league and invite members to compete against other leagues in a seasonal ranking. Leagues can also participate in weekly goals in order to compete for more score.
► Smash Duels
Fight players in a head to head battle in Duels. Duels can be started by Mage members or higher, and can be accepted by anyone. The first player to win 2 out of 3 rounds wins the match!

It's been some time since I last posted a changelog as we've all been hard at work building, developing, and planning the Season 1 release for Smash Wizards. The Season 1 update will be the kick-off of many great and exciting features, including the much anticipated Ranked gamemode, community leagues, and much more! 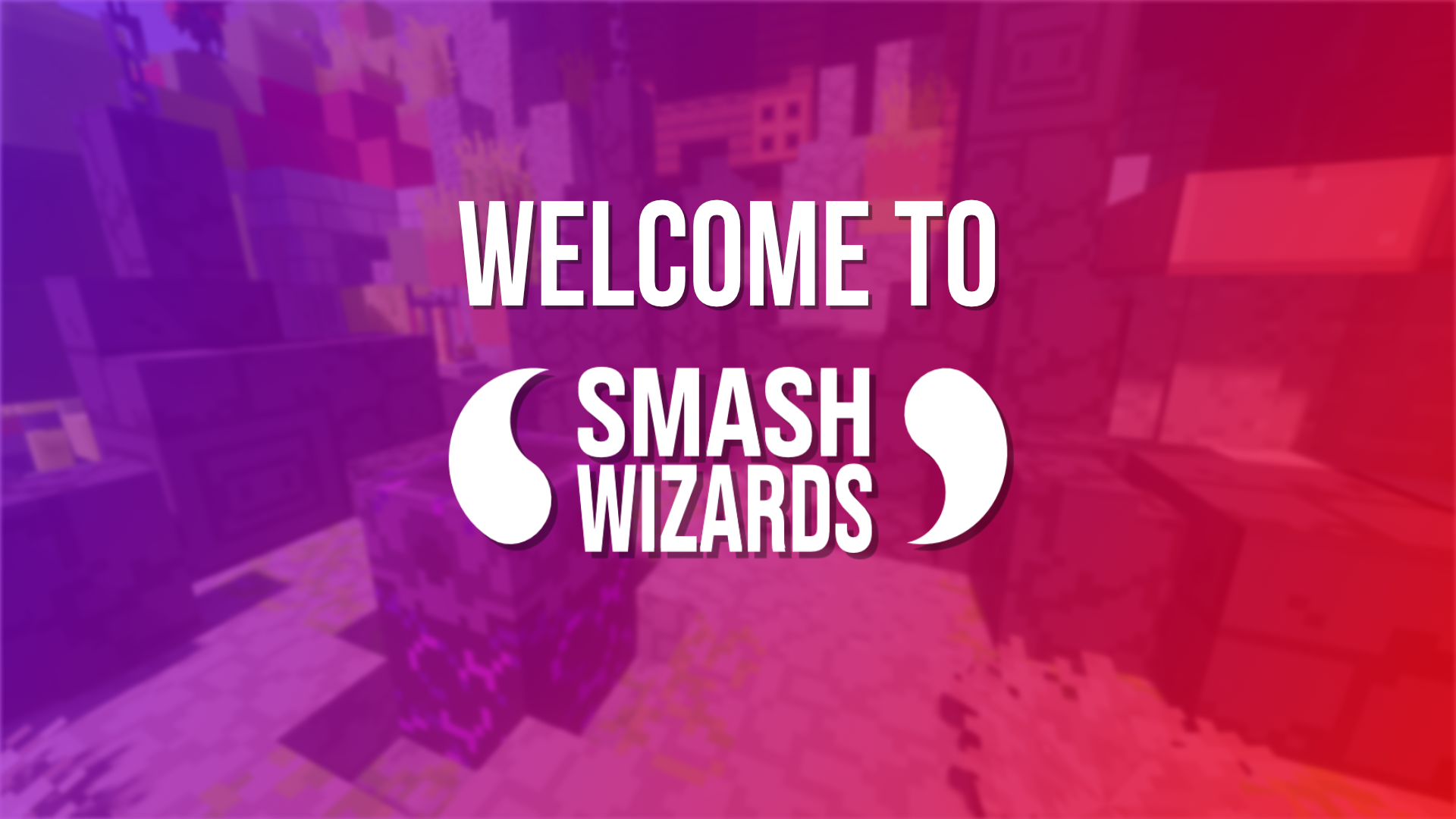